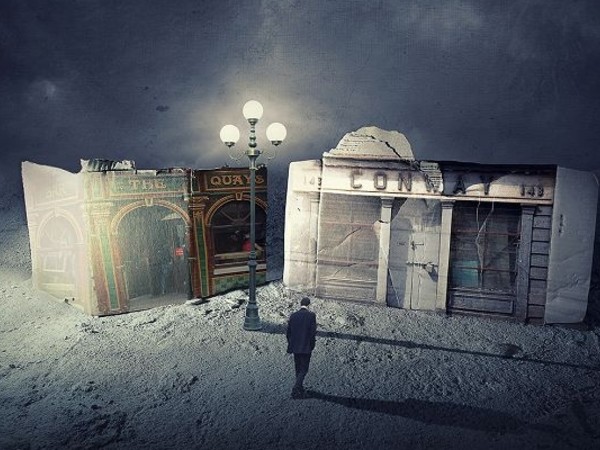 Venice: from May 6 to October 30, 2015. In the Archivio di Stato, Campo dei Frari, San Polo, 3002-30125 Venice.
2000 meters of exhibition space, located in the city center in one of the streets of greater flow of both residents and tourists, await you in one of the unique cities in the world at the same time as the 56th Biennale d’Arte.

Milan: 28 to 31 May 2015. At SUPERSTUDIO, Via Tortona, 27 – 20144 Milan.
In the now famous space in Via Tortona Photissima has found a new home, while maintaining its characteristic of Fair & Festival, with the active collaboration of SUPERSTUDIO PIÙ.

The birthplace of the Biennial of Art and Architecture, known to be one of the five most important event in the world dedicated to contemporary art. For the 2015 edition, Photissima has already reserved 2000 sqm in the city centre, flanking the Biennial with its photography exhibition.

The art project, created by Fondazione Artevision and its director Telemaco Rendine, represents the major national and international reality concerned about artistic photography and the related cultural debate.
During the past editions the number of visitors jacked up (more than 13.500 visitors in 2014), we renewed the exhibition areas and the pavilions that host the event and enriched the programme with cultural events, moments of music, theatre and dance and -­‐ most of all -­‐ we reached the real aim of an art fair: the galleries’ high grade of satisfaction, creating profitable network between buyers and sellers.
We established important collaborations with national and international bodies, rising the cultural value of Photissima: Accademia di belle arti of Venice, European Institute of Design, Italian Photography Institute, University of Turin, Politecnico of Genova for the Italian side; Photo l.a., the Annual International Los Angeles Photographic Art Exposition, the Lucie Foundation and the Backlight Festival, the Finnish Festival of photography for the international side, are some of our partners that collaborated in enhancing the interest towards Photissima and in finding out young talented artists.

Photissima Art Fair, represents the ideal forum for photographers, galleries and artists that want their artworks to be exhibited to a wide national and international public of buyers, critics, institutions, corporate heads and very influential people who make up the Photissima Art Fair audience.