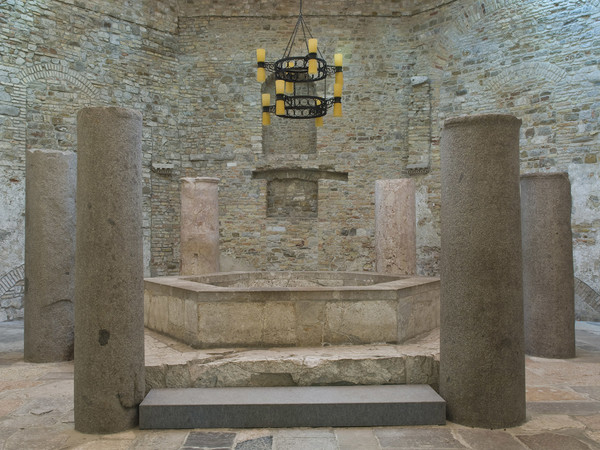 The outer baptistery dates from the late 4th century, when the southern post-Theodorian basilica was built. Of its original structure, only the lower half survives. The baptistery was square outside and octagonal inside with semi-circular niches at the corners; three were later closed. Two doors led to the north and south rooms, while a third and larger one in the east opened on to the basilica. The current font is hexagonal. Steps lead into the basin for immersion baptisms, around which column shafts were built later (9th century?). The 1980s excavations revealed an earlier bath that was octagonal, like the baptistery itself.
Tweet