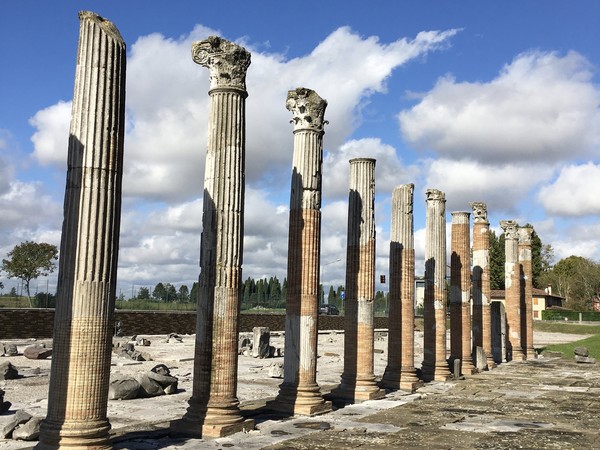 The large square of the Forum covers 7,755 square meters (141 x 55 m) and is paved with limestone slabs features of Aurisina, dating back mostly to the Julio-Claudian (first half of the century d.C).

Some of them were later replaced with reused materials: this is why we sometimes see inscriptions on their surface.

The limestone of Aurisina is also the raw material at the origin of the columns of the portico, of which today we only admire the eastern arm. Raised and integrated in brick in the 1930s, the columns show off composite capitals on the top dating back to the era of the Antonine emperors (170-180 AD).
Tweet