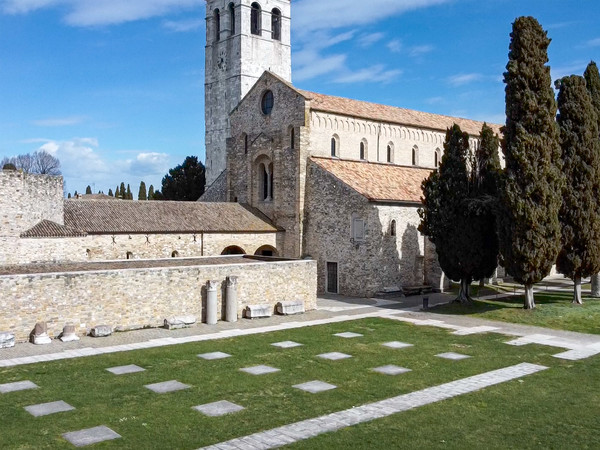 To the south of the Basilica Complex extends the grassy expanse that is Piazza Patriarcato. Significant relics of an imposing Roman public building (originally 66 x 90 m) stood here until the mid-18th century. Erected around the turn of the 3rd and 4th centuries, the building acted as a warehouse, primarily for foodstuffs kept not only for the city but also to supply the army that patrolled the empire’s Danubian border.

Externally, it was punctuated by tall, narrow blind arcades, while the interior comprised a series of huge storage areas supported by mighty pillars.

In the Middle Ages, at least part of the ancient building was incorporated into the Bishop of Aquileia’s patriarchal palace. In the recent enhancement work on the area (2011), the ancient complex’s boundary was marked with courses of white limestone slabs.