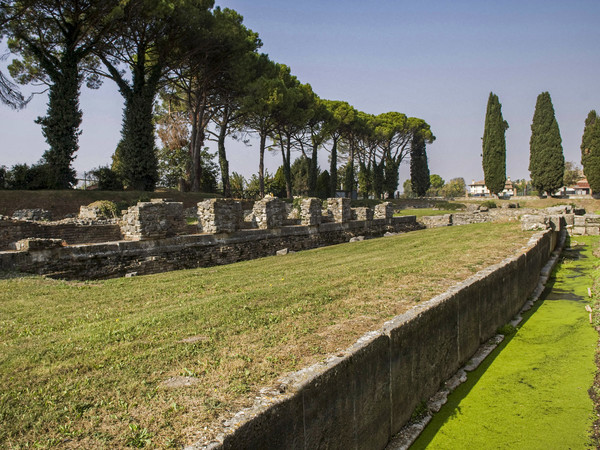 Behind the quays of the River Port, there was a building with a singular shape of which we can still see part of the brick walls.

Over three hundred meters long and no more than 13 meters wide, the complex served as a warehouse for the storage of goods and presumably housed the port offices. It was accessed by two tiers, while a tunnel dug under the building connected the quays with the entrance ramps to the city.

Built at the beginning of the 1st century AD with the demolition of the republican walls, the warehouses were expanded under Constantine, as evidenced by the easily recognizable pillars inside and outside the original perimeter.