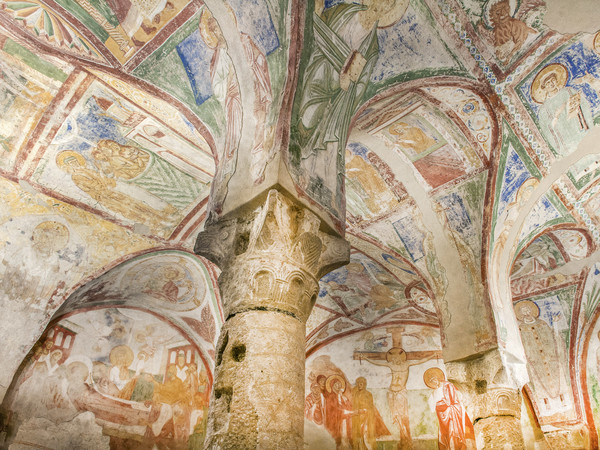 A grandiose cycle of frescoes dating from the late twelfth century adorns the crypt built under the main altar of the Basilica.

Figures of Saints, scenes from the Passion and the story of Saints Ermagora and Fortunato appear from the ceiling and walls, where a suggestive story in images blends the different themes into a coherent whole.

Probably created at the beginning of the ninth century, in the eleventh century the crypt assumes its current form, with the cross vault supported by six columns that divide the room into three naves.