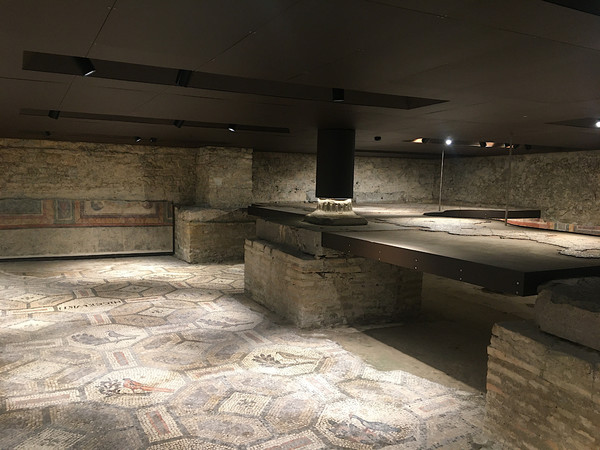 Discovered shortly before the Great War, the Crypt of the Excavations preserves the testimonies of several buildings that have overlapped over the course of history: the mosaic floors of a stately home from the Augustan age, the remains of port warehouses dating back to the II-III century, the mosaics and the cocciopesto coatings of the North Theodorian Hall, partially occupied by the base of the bell tower, the remains of the great post-Theodorian Basilica, built in the mid-4th century to accommodate the increasingly numerous faithful and flanked by a new baptistery.

Not to be missed: the large mosaic commissioned by Bishop Theodore, where figures of birds, winged horses, lobsters, turtles indicate the way to salvation in a complex web of symbols.