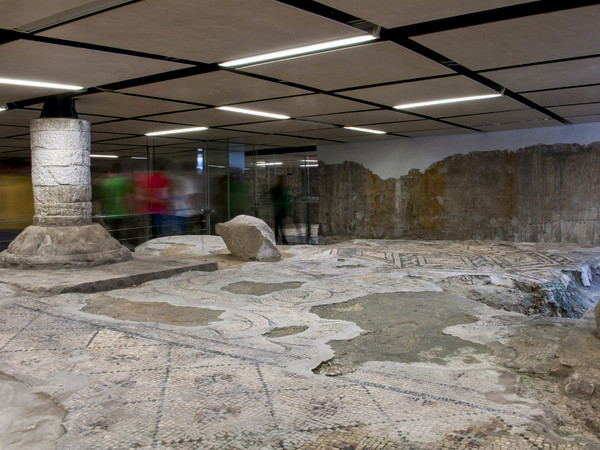 The new northern Basilica, built around the middle of the fourth century, occupies the space of Theodore's north hall and the intermediate rooms. Much larger than the previous halls of worship, it was divided into three naves, supported by columns.

Currently there are a few surviving fragments of the floor, with simple geometric motifs, a part of the foundations and the supporting bases of the colonnades.

Much of the complex, now covered, extends beyond the limits of the current crypt, towards the War Cemetery behind it. The north and west perimeter walls overlapped those of the Theodorian complex; the eastern wall is easily recognizable at the entrance to the crypt of the excavations. In front of the façade, in the area of the current Piazza Capitolo, a large quadriporticus developed.