Relief showing the embrace between Peter and Paul 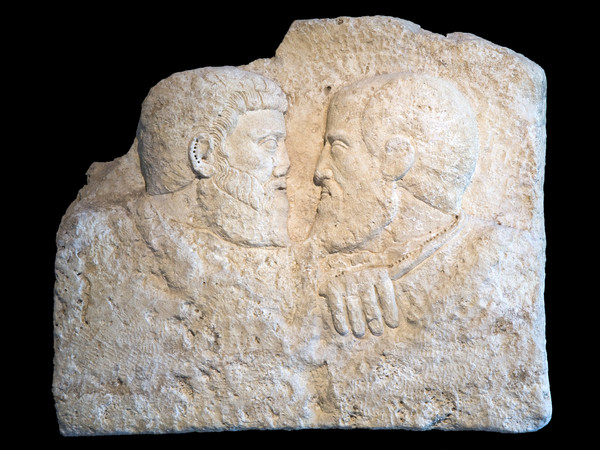 In 1901 in the area of the Early Christian Basilica dedicated to the martyrs Felice and Fortunato, which stood on the south-eastern outskirts of Aquileia, a slab with an unfinished relief was found. It depicts the embrace and the intense exchange of glances between the apostles Peter and Paul. The two saints, symbol of the unity of the Church, have diversified physiognomic characteristics, which respond to canons already well codified at that time (we are shortly after the Edict of Milan of 313, which sanctioned freedom of worship for the Christian world) .
Tweet