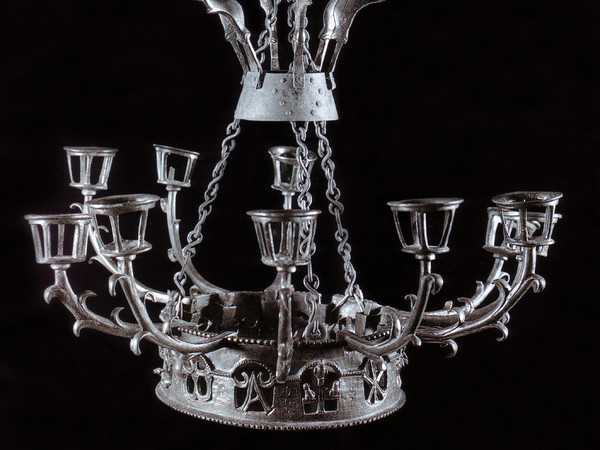 Among the numerous objects unearthed in the area of the Basilica of Aquileia, a precious bronze chandelier from the 4th century AD stands out. This is a very rare find, which tells us about the years in which the Roman city became an important center for the spread of Christianity.

Figures of animals and early Christian symbols decorate the twelve arches of the lower crown, where we recognize the monogram of Christ and the alpha and omega, respectively the first and last letter of the Greek alphabet, representing birth and death.

12 curved arms were grafted onto the crown to house the same number of oil-fed glass lamps.