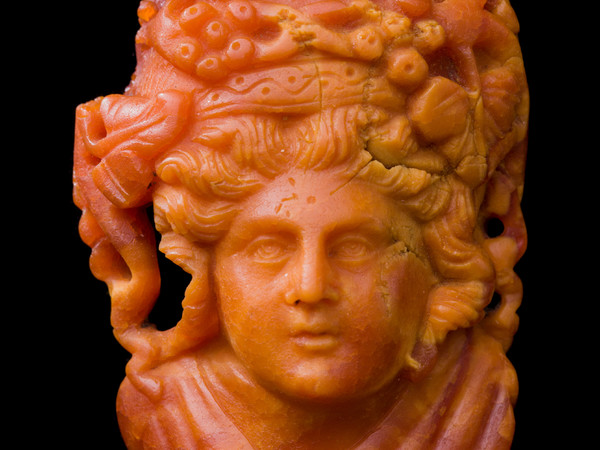 The very refined amber box with sliding lid found in a necropolis of Aquileia was destined to contain make-up and beauty ointments.

On the surface decorated in high relief we recognize the head of the god Dionysus or a bacchant, adorned with vine shoots and bunches of grapes. The elegant container probably belonged to a high-ranking woman who lived in the first century AD. and testifies to the important role played by Aquileia in the processing and trading of amber. The precious fossil resin arrived in Italy from the Baltic, and then reached Rome through the Po Valley: not surprisingly, the territories of the North East were known as the final stage of the so-called "amber road".

Experts in the processing of semi-precious stones, the artisans of Aquileia transformed the raw or semi-finished material into objects and jewels of the finest workmanship, in vogue in the upper classes of Roman society between the first century BC. and the 2nd century AD
Tweet