Basilica of Saint Lawrence outside the Walls 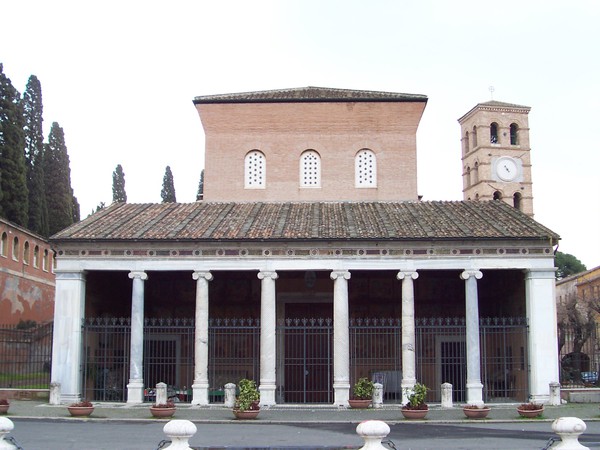 The so-called basilica maior was founded at the time of Constantine (330 ca.) near the oratory that marked the spot of the tomb of the martyred saint. At the end of the Sixth Century, the oratory was expanded to become a church dedicated to the Virgin, known as the basilica minor. In the following centuries, the first basilica was gradually abandoned, remains were found under the cemetery of Verano, and the minor basilica was notably expanded in the Thirteenth Century by Pope Honorius III to become the church we see today.
THINGS TO KNOW: On 19 July 1943 the basilica was victim to the first allied bombing of the Second World War. The restoration, ended in 1948, eliminated the additions from the 1800s and the frescoes on the facade were lost as well.
Tweet