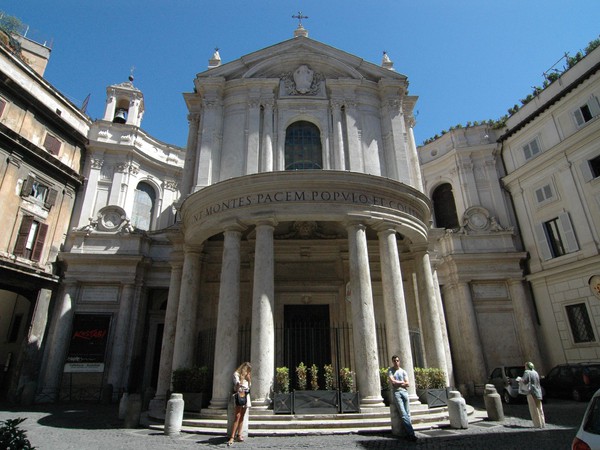 Founded on the same spot as the medieval Chapel of Sant’Andrea de Acquaricariis, it was commissioned at the end of the 1400s by Sixtus IV to, perhaps, Baccio Pontelli.
It was rebuilt, brought to its current form, by Pietro da Cortona, whose facade with its semi-circular prodromo represents the builder's architectural masterpiece and one of the greatest works of roman baroque architecture.
The entire piazza, thanks to this work, became a virtual baroque theatre in which the church plays the ideal stage. Inside are masterpieces by Raphael, Maderno and the cloister of Bramante.
Tweet