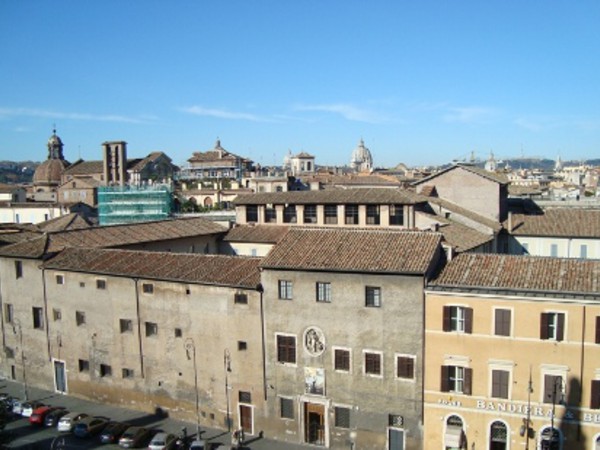 Located halfway between the stairs of  Campidoglio and the Teatro di Marcello, it is opened to the public only on the day of Santa Francesca Romana (9 March), for whom is named the monastery of the congregation of the oblate of Maria, founded by her in 1433. The name comes from an old tower that had rounded windows that reflected light. Inside is an important series of frescoes by Antoniazzo Romano and his collaborators, probably including  Benozzo Gozzoli.
Tweet