The Church of the Jesus 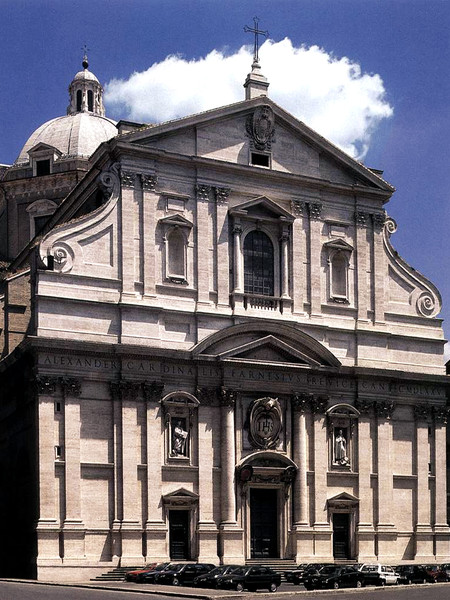 The story of the church is deeply connected to the story of Saint Ignatius of Loyola, to whom Paul III conceded the Church of Santa Maria della Strada, in place of which the spanish saint had the Chiesa del Gesù built. The work began, thanks to Cardinal Alessandro Farnese, in 1568, with architects Vignola and Giacomo della Porta, who created the facade. It was consecrated in 1584 and became the model of roman architecture for more than a century, exported by the Jesuits in all of Europe.
Tweet