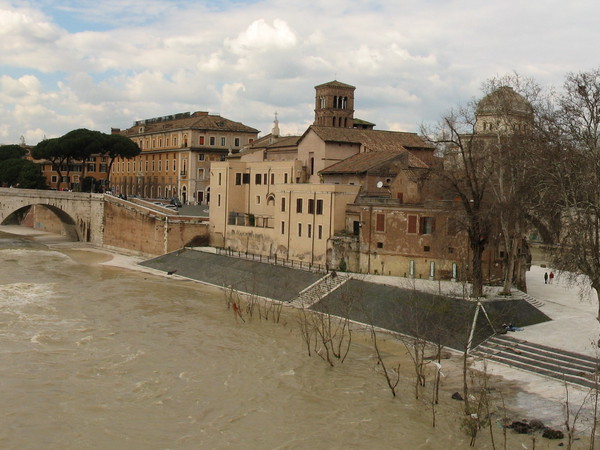 Connected to solid ground by the  Cestio and Fabricio bridges, it is Rome's island on the Tiber. Legend has it that it was created in the Sixth Century B.C. with grain from the fields of Tarquinio il Superbo, which was thrown in the river after he was deposed, however, it is actually a block of tuff which dates back well beyond that era. The island hosts the temple of the God of medicine,  Aesculapius, whose cult was introduced in Rome in 292 B.C. and for whom, the ship-shaped monument was built in the First Century B.C.. On the location of the roman temple, Basilica di San Bartolomeo dei Bergamaschi was built in the Tenth Century, while on the north side, the Hospital of the Fatebenefratelli was founded in 1583.