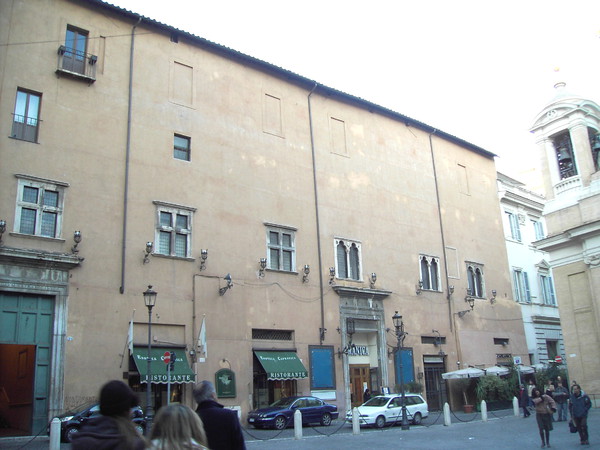 Built in 1451, as the inscription of the main entrance states, under Cardinal Domenico who acquired numerous abitations in the area to create, not only, a residence for his family, but also an ecclesiastic college (1457). It represents one of the greatest examples of roman architecture of the early Renaissance: it has lateral towers, similar to those of Palazzo Venezia, including guelfan-cross windows, but also some gothic windows suggesting the influence of the earlier period. For decades, it was home to the cinema of the same name, one of Rome's most famous.
Tweet