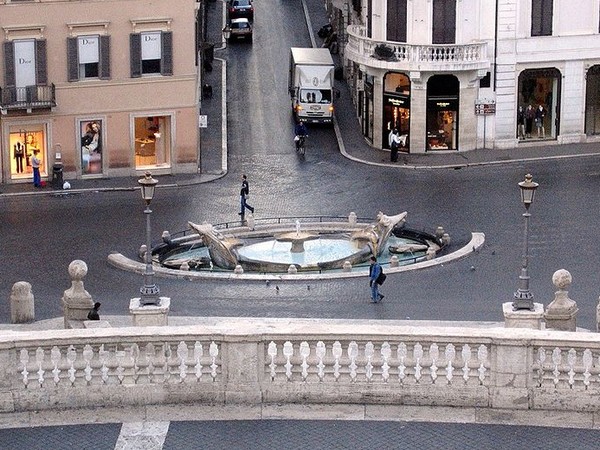 The most famous piazza in the world, once known as the Platea Trinitatis because it is placed underneath the church of the same name, it became “di Spagna” in the 1600s because of its proximity to the embassy of Spain. At the center is the Fontana della Barcaccia that Pietro Bernini and his son Gian Lorenzo built for Urban VIII (1629) to commemorate the flood of the Tiber in 1598. Dominating the piazza is the incredible Scalinata della Trinità dei Monti (the Spanish Steps) designed by Francesco De Sanctis (1723-26), masterpiece of the late roman baroque, which solved the problem of connecting the church with the piazza.
Tweet