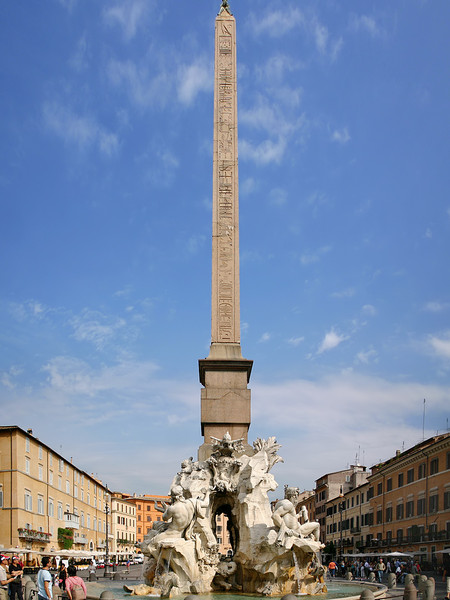 Gian Lorenzo Bernini, 1651. The most famed fountain of the great baroque sculptor, who also built the Fontana del Moroin Piazza Navona. The structure, which supports a roman imitation of an obelisk dating back to the time of Domitian, is made up of personifications of the four rivers known at the time to be the longest on the four known continents: the Ganges in Asia, the Danube in Europe, the Nile in Africa and the Rio della Plata in the Americas.
THINGS TO KNOW: It is without basis, the legend that interprets the pose of the Nile, covering its face to symbolize its unknown source, as an affront to his “rival” Borromini, designer of the facade of Sant'Agnese right in front of it.