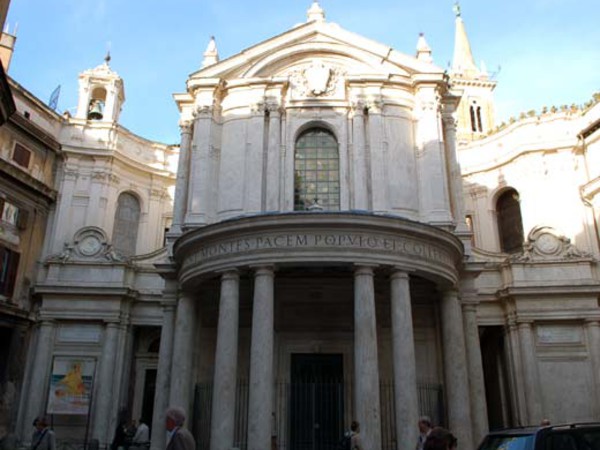 It was restored in the Baroque style by Pietro da Cortona, who was hired by Pope Alexander VII, in the years 1656-1667.

The church became very popular after Pope Alexander VII had restored it. For a long time, it was the only church in Rome that offered Mass in the afternoon on a regular basis.

The current titular priest of the church is H.E. Francisco Javier Errázuriz Ossa, who was appointed on February 21, 2001.

Exterior
The façade and the semi-circular porch is by da Cortona, constructed 1656-1661. The portico, and the Baroque style, is reminiscent of ancient Roman architecture. The approach to the church was originally through a narrow street, but this led to problems when the church became popular. Da Cortona has several houses demolished to design the Piazza Santa Maria della Pace.
Tweet