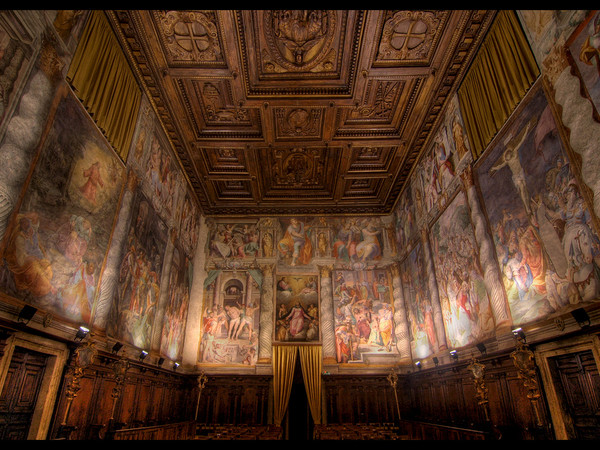 Also known as the Oratory of the Banner and best known as the church of Saints Peter and Paul. Located near Via Giulia, the oratory was built in the 1500s by the archconfraternity of the same name, which had its headquarters in the adjacent building and which traditionally hoisted the papal banner during processions to underline papal sovreignty over Rome. Inside is a series of frescoes depicting the twelve stations of the Passion of Christ, masterpiece of roman mannerism created by, among others, Cesare Nebbia, Raffaellino da Reggio, Federico Zuccari and Daniele da Volterra.
Tweet