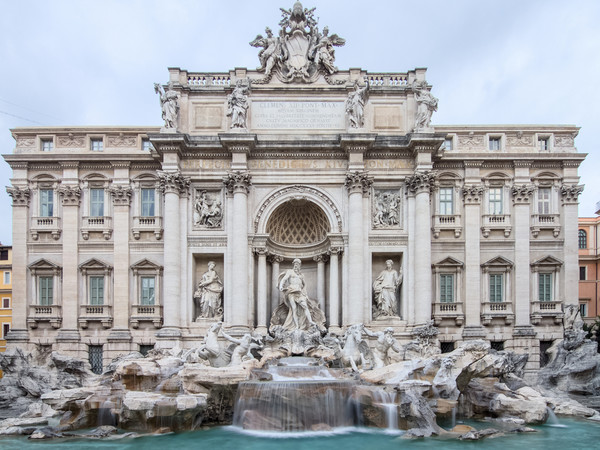 Commissioned in 1732 by Clement XII to Nicola Salvi, work continued under Benedetto XIV and was completed by Giuseppe Pannini, who started in 1751, with the inauguration under  Clemene XIII in 1762. One of the most famous fountains of Rome and the entire world, it is linked with the construction of the Acquedotto Vergine, which was built under Augustus to bring water to the Pantheon and it baths. The fountain itself, would have been the third destination and perhaps this is where the name is derived (from the latin word trivium – three ways). It is built at the back of Palazzo Poli, at the center of the fountain is the figure Oceano by Pietro Bracci.
THINGS TO KNOW: One of the most famous scenes in Italian cinema is set in the fountain: that in which the splendid  Anita Ekberg, a foreign tourist, enters the water and calls out to the confused Marcello Mastroianni  in  La Dolce Vita by Federico Fellini (1960).
Tweet