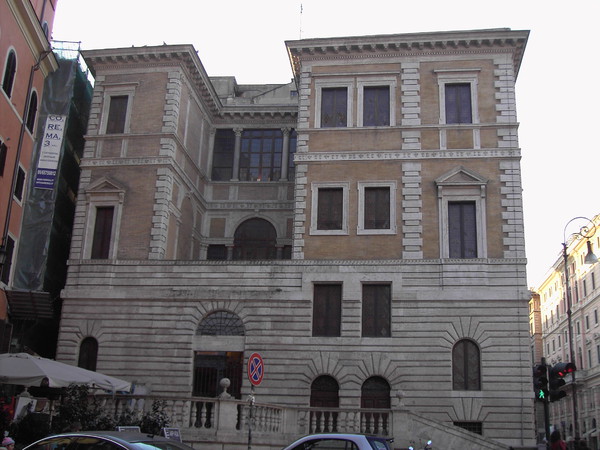 The collection of ancient sculpture (egyptian, assyrian, cypriot, greek, etruscan, roman) was donated to the State in  1904 by Baron Giovanni Barracco. The small palace in which it is held, the facade of which is attributed to Antonio da Sangallo il Giovane (1523), was built for the the french prelate Thomas Le Roy (in latin De Regis). Because of the recurring decorative motif the fleur-de-lis, an honorary concession by Francis I of France to Le Roy, but in Rome associated with the Farnese, the building is called the “little Farnesina”. Coming into the possession of the Silvestri family in the 1600s, it was purchased by the State in 1885.
Tweet