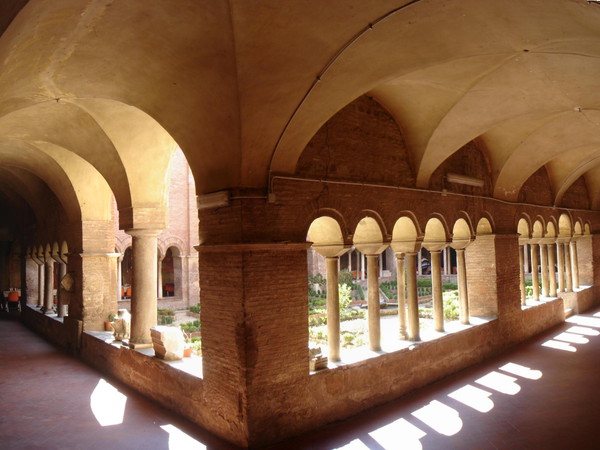 The cloister is entered by the Chapel of Saint Tarcisius, passing through the sacresty. It is made up of arcades with single or coupled columns mounted by so-called capitals “a stampella”, large and trapezoidal. Above are windows (polifore) from the Fifteenth Century. On the walls, fixed to the stones, are inscriptions from the Middle Ages and the remains of ancient sculptures. From the cloister, one can enter the Catacombs of Ciriaca, containing interesting paintings from the first century of christianity.
Tweet