Cloister and Oratory of Santa Barbara 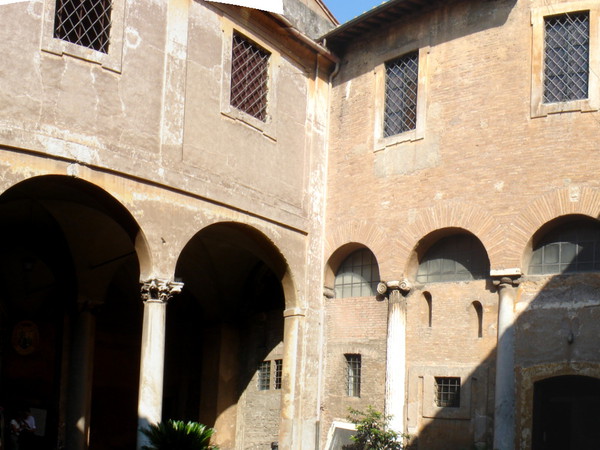 The cloister, created by Cosmati during the Thirteenth Century, was restored in 1913 by Antonio  Antonio Muñoz, who also created the fountain using materials from a fountain once found in the garden of the monastery.The Oratory of Santa Barbara was built in the Ninth Century on the lefthand aisle of the church, but after the reduction of the complex in the Twelfth Century it was completely separated: today it is entered through the cloister. There are traces of frescoes from the Ninth and Fourteenth Centuries.
Tweet