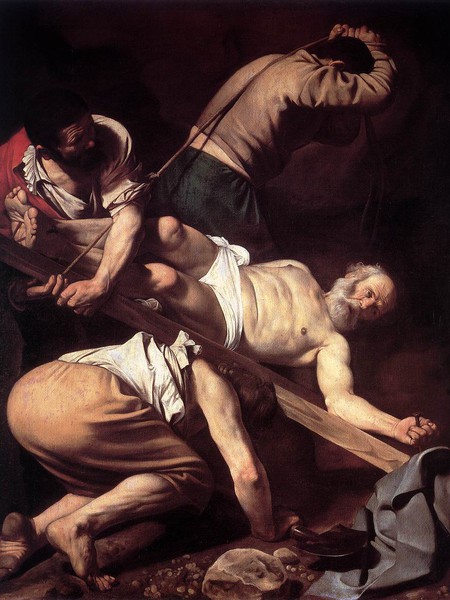 In September of 1600, Cardinal Cerasi commissioned the famous painter to do a couple of paintings for his chapel. The following year, the Cardinal died, but Caravaggio had painted versions on two wooden boards that were both refused by the Ospedale della Consolazione, designated heir of Cerasi. The first, the Crucifixion of Saint Peter was lost, while the wood version of the Conversion of Saint Paul is part of the Odescalchi Collection. It is possible that the refusal was because of the excess realism, the medium (the final versions were done on canvas), restoration work in the chapel had modified the space, or perhaps at the urging of Cardinal Sannesio, who promptly purchased both the early wood versions.
Tweet