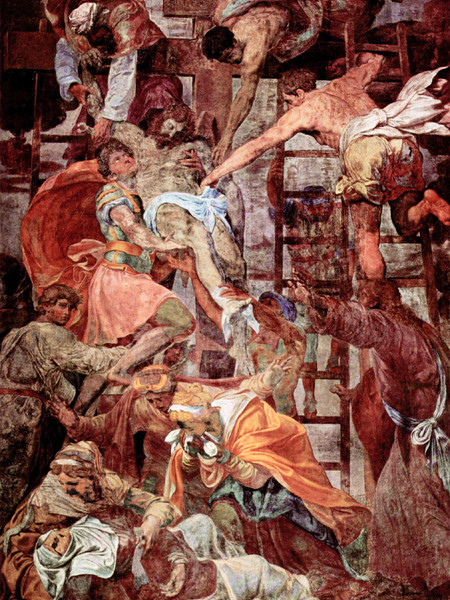 One of the masterpieces of mannerism, it was commissioned by Elena Orsini, for her chapel, the second on the righthand aisle, which was also decorated by other frescoes celebrating the Stories of the True Cross. Of these nothing remains but some preparatory sketches and the Deposition, which is actually visible in the successive chapel. The work picks up on a similar painting by Rosso Fiorentino and is characterized by the virtuoso acrobatic poses by the subjects. It became one of the most studied and copied works of the following centuries.
Tweet