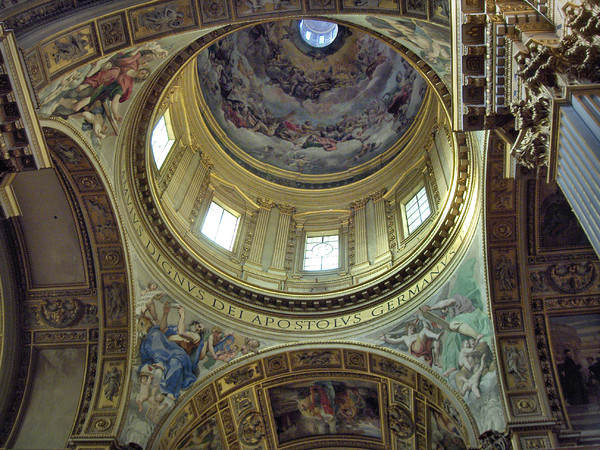 It is the most important work by the painter from Parma in Rome. It was commissioned by the Theatine Abbot Francesco Peretti, nephew of Cardinal Alessandro Montalto and his heir to the direction of the works at Sant’Andrea. In 1627, the work was completed, as Perretti visited Pope Urban VIII Barberini reporting his admiration of the results. Lanfranco was inspired by the domes of Correggio in Parma and he went on, in his own interpretation, to create a work that would be the model for baroque domes in their quest to annul the physical limits of church ceilings.
Tweet