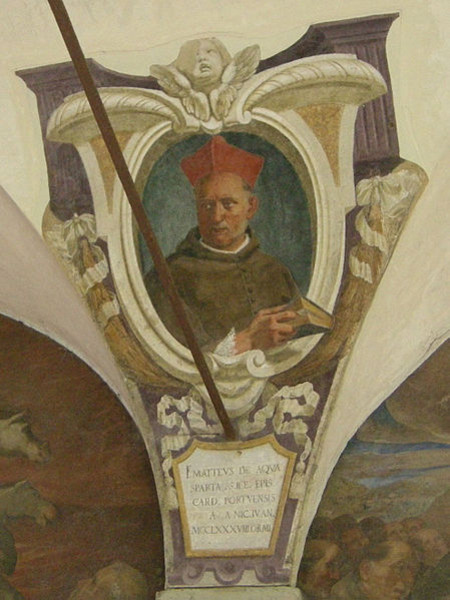 An interesting walled-tomb placed in the left transept of the church, testimony to the collaboraton of two of the most important artists of that time. The gothic aedicula is attributed to Giovanni di Cosma, while the fresco in the lunette of the Virgin with Baby Jesus, Saint Matthew, Francis and Matteo d’Acquasparta is the work of Pietro Cavallini.
THINGS TO KNOW: The fresco in the lunette is a typical example of how the choice of which saints to paint was made. The person who commissioned the work chose Francis, because the church in which he was buried was franciscan and Matthew because it was the saint for whom he was named.
Tweet