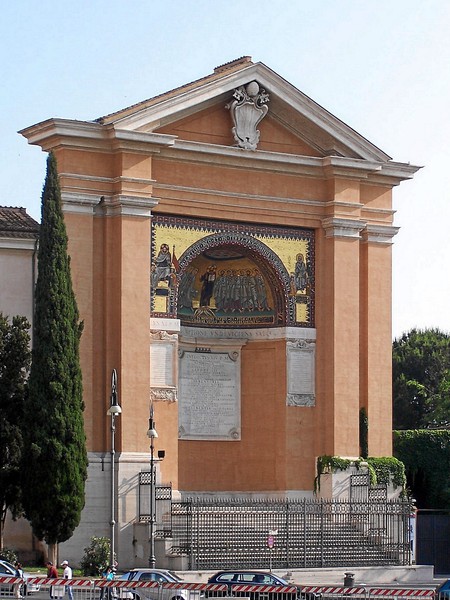 To the right of the Scala Sancta, it is an apse which opens onto the piazza, a result of work done by  Ferdinando Fuga in 1743, who also restored mosaics depicting Christ and the Apostles, Saint Peter Crowning Leo III in the Presence of Charlemagne and Christ Transmits His Powers to Pope Sylvester and Emperor Constantine. Originally, it was one of three apses of the papal dining room of the ancient Lateran Patriarchate, built under Leo III in the Eighth Century and demolished in 1733.
Tweet