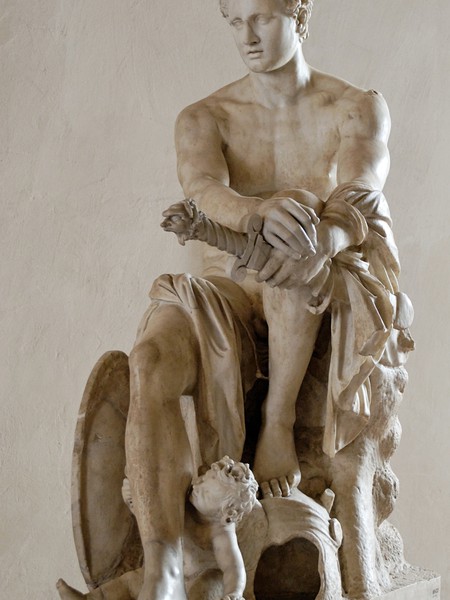 This is a roman copy of an original grecian work attributed to Scopa or Lisippo around 320 B.C. There are still doubts about who it depicts, but traditionally it is thought to be the god of war. Recently, a hypothesis that it might be Achilles was furthered.  The figure is seated with his weapons down, his left foot resting on an elm, while his right leg  leans on his shield. Found in 1622, it owes some of its fame to restoration work by Gian Lorenzo Bernini who, among other things, added the small putto at the base.
THINGS TO KNOW: Famed archeologist Winckelmann defined the statue as “the most beautiful Mars of the ancient world”.
Tweet