Piazza del Foro and the Column of Phocas 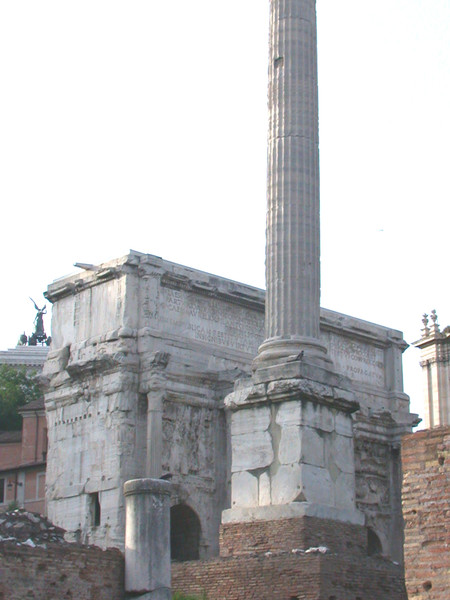 The Piazza del Foro is the rectangular stone public square inaugurated under Augustus along with the Rostri, the oratorial platforms. The Column of Phocas was dedicated to the Byzantine Emperor Phocas in 608 A.D., the last honorary monument placed in the roman Forum. It is a corinthian column more than 13 meters high from the second century. Phocas was the Emperor who officially donated the Pantheon to Pope Boniface IV, who converted it into the the Church of Saint Mary and the Martyrs.
Tweet