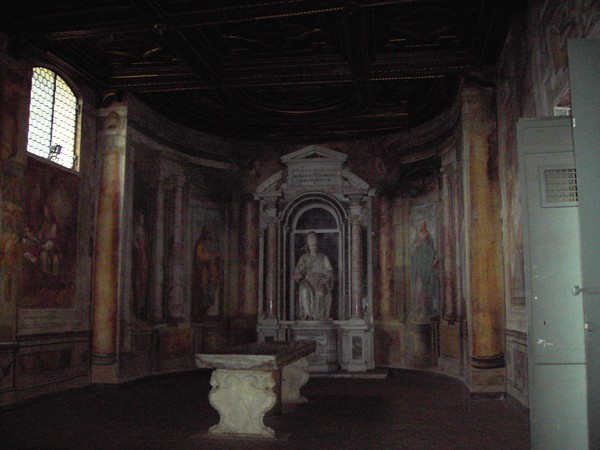 The oratory on the left, the oldest of the three oratories, dates back to the Twelfth-Thirteenth Centuries. Here rests the famous marble table, known as the triclinium which, according to legend, was used by San Gregorio to serve 12 poor people everyday. The fresco is the work of Antonio Viviani, while the statue of San Gregorio was made by Nicolas Cordier (1602), using marble just cut by Michelangelo.
Tweet