The Fall of Simon Mago 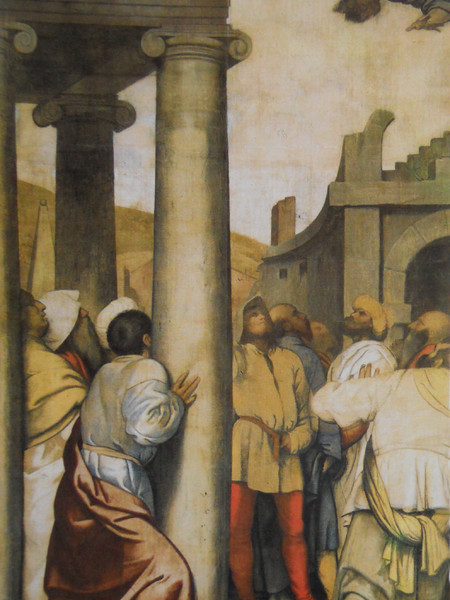 This is one of the most important historical paintings by Batoni, who, after this work, mostly distinguished himself as a portraitist. In fact, the work did not convince the Reverend Fabric of Saint Peter's and two years after its being placed in the Vatican Basilica, it was removed and brought to Santa Maria degli Angeli. The scene is from the Acts of the Apostles: the prophet and magician Simon attempted an an act of levitation at the Roman Forum in the presence of Nero. He fell and was stoned  by onlookers.
Tweet