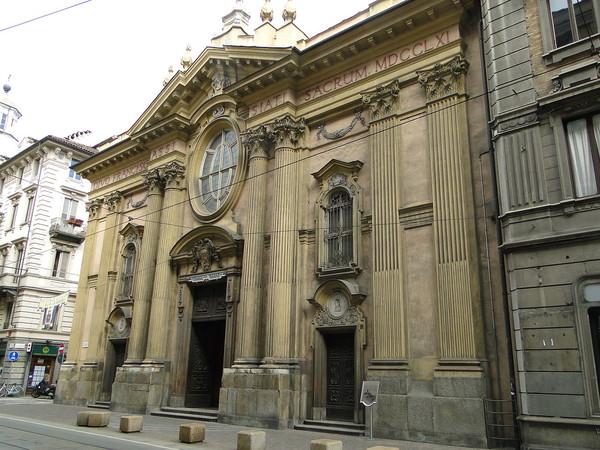 A church of the Franciscan order existed in this place way before 1608, the year in which the restructuring of the building began. The current shapes however follow the designs by Bernardo Antonio Vittone (1761), while the facade was made by Mario Ludovico Quarini. Many of the inside chapels received the patronage of various guilds, for example the guild of the Università dei Luganesi (stone workers and stucco workers), of Sant’Omobono (tailors) and of SS. Cosma e Damiano (grocers).
Tweet