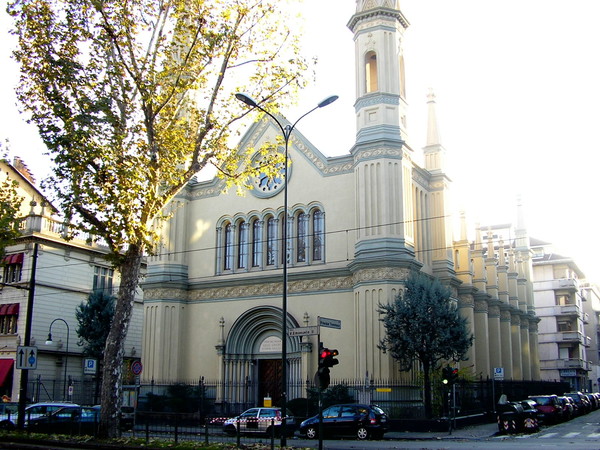 A chapel of the (Prussian, English and Dutch) Protestant Legations was opened in Turin in 1848 by concession of king Charles Albert, who had granted civil and political rights to the Waldesian community. The licence to erect a new church in the city centre, however, was only granted at the end of 1850. The construction of the eclectic temple with the two tall polygonal towers was commissioned by Anglican general Charles Beckwith and the Waldesian industrialist Joseph Malan, who endorsed and funded the design by Luigi Formento (1851-53).
Tweet