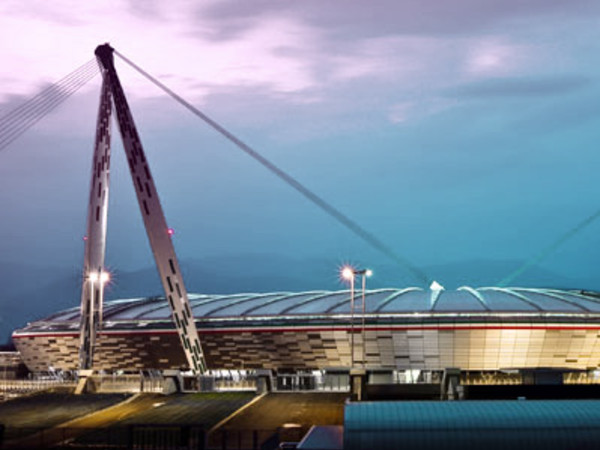 This stadium stands on the same site in north-west Turin as the old Stadio delle Alpi, which was built for the Italia ’90 FIFA World Cup and demolished between 2008 and 2009. GAU and Shesa were put in charge of the new structure under the management of the engineer Massimo Majowiecki and the architects Hernando Suarez and Gino Zavanella. The stadium was completed in 2011. It has a capacity of 41,000 and it was chosen to host the 2013-2014 UEFA Europa League Final thanks to its environmentally friendly, extremely high-tech facilities and lack of architectural barriers. In addition to the many services available inside, there is also a Juventus Museum that was built by the architect Benedetto Camerana.
Tweet