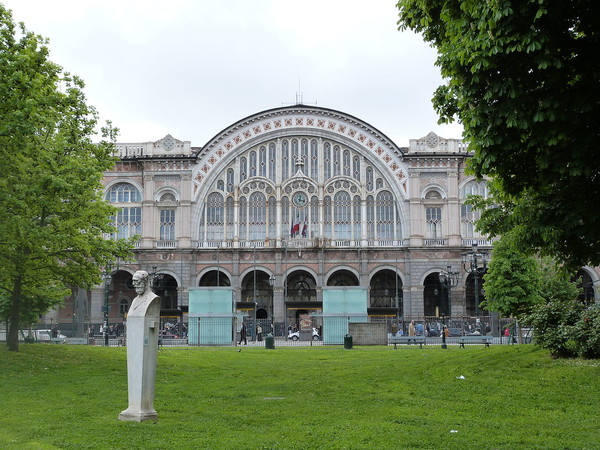 Opposite the Porta Nuova railway station, it is one of the main intersections of Turin which, together with via Roma, via XX Settembre and via Lagrange visually opens up to the city centre. It was subject to multiple town-planning proposals, especially during the Napoleonic period and the European Restoration, but its final arrangement was only achieved in 1822 with Gaetano Lombardi. The arrangement of the side wings was made by Carlo Promis, who devised colonnaded and terraced passages to separate the two side squares. The central garden was designed by Jean-Pierre Barillet-Deschamps (1861) and the Monument to Edmondo de Amicis is by Edoardo Rubino.
Tweet