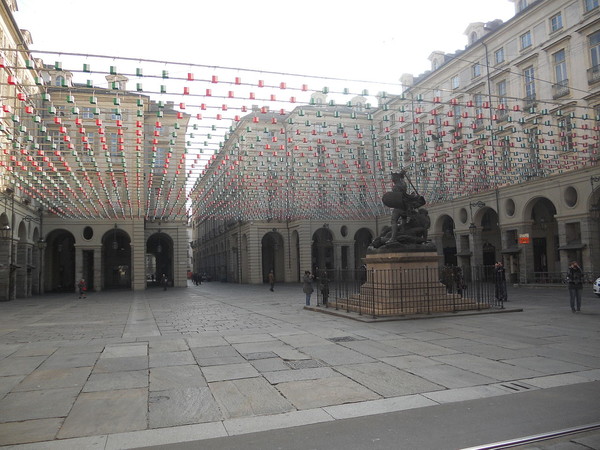 Erected on the location of the Roman forum, in the medieval age it became piazza delle Erbe in keeping with its calling for shopping until the XVIII century. In 1756, within the new town plan intended to embellish the city with the recovery of buildings and public spaces, the square was redesigned by Benedetto Alfieri based on the overlooking town hall (Palazzo di Città). In the centre is a neo-Gothic statue of Amadeus VI, Count of Savoy, nicknamed the Green Count, hero of the 1366-67 crusade, by Pelagio Palagi (1853).
Tweet