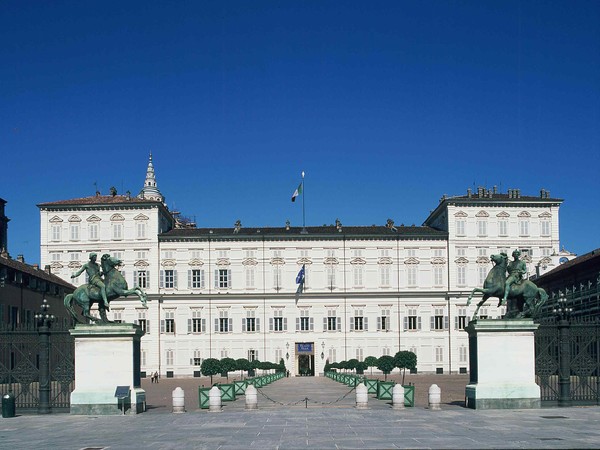 
Bordered by the gate of Pelagius Palagi (1835-39), which closes the Piazzetta Reale, the building was the residence of the Savoy and the first king of Italy until 1865 and then was still used by the royal family until 1946.
The plant is due to Ascanio Vitozzi the end of the sixteenth century, followed by other court architects Carlo and Amedeo di Castellamonte Carlo Morello, who was responsible for the facade (1658), and Maurizio Valperga.
Guarino Guarini was responsible for the final solution of the Chapel of the Holy Shroud was built as a palace chapel.
From the first decades of the eighteenth century, Filippo Juvarra first, followed by Benedetto Alfieri deployed their art in the updating of royal apartments. Just Juvarra was responsible for the spectacular Scissors Staircase and the Galleria, then known as the Queen then decorated by Claudio Francesco Beaumont, and which now houses the Royal Armoury.
The last large-scale projects were built in the nineteenth century by Pelagius Palagi and Emilio Stramucci.
Tweet