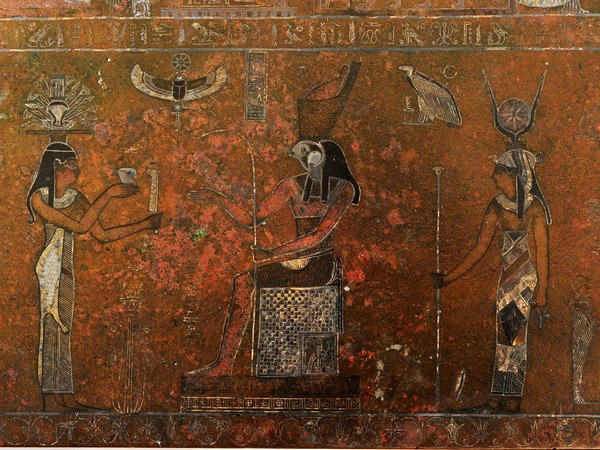 Egyptian deities were worshipped on a wide scale in ancient Rome, especially after the Battle of Actium (31 BC) and the deaths of Cleopatra and Mark Antony (30 BC). This tablet was probably originally found in the Iseum Campense, a holy site in Rome with buildings and temples dedicated to the goddess Isis. While its subject matter is still rather unclear, the inlaid silver, gold and copper on its surface make it an interesting example of the refined metallurgical techniques of ancient times.
Tweet