Dresden Hofkirche with the Castle and Bridge 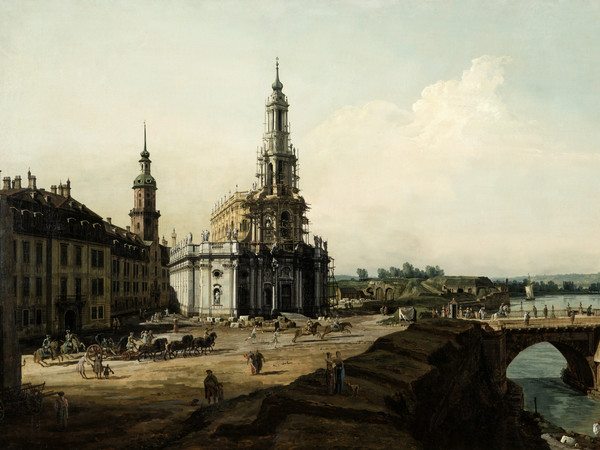 This is a beautiful veduta of an 18th century afternoon in Dresden, with scaffolding around the Hofkirche, a Catholic church that was being built for Augustus III of Poland. In addition to the church itself, it is possible to see the space in front of it, the simple unpaved castle square at the time, and the Augustus Bridge over the River Elbe. The royal carriage has attracted the attention of the crowds and many of them are bowing their heads towards it or waving a handkerchief. It was commissioned by Count von Brühl and painted by Canaletto’s nephew Bellotto, who learned his trade with his uncle in Venice before travelling to Rome and later to Turin, where he painted two vedute for Charles Emmanuel III that can now be found in the Sabauda Gallery.
Tweet