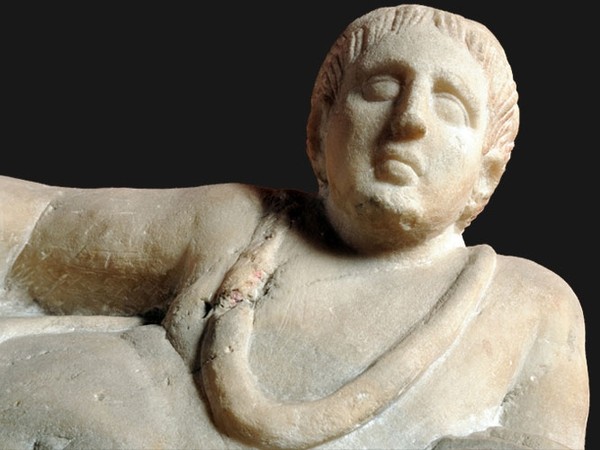 Digging work in a hypogeum in Chiusi in 1882 led to the discovery of two sarcophagi, eleven urns and a vast selection of funerary items. Eight urns and the sarcophagus of a prominent female member of the Matausni family are now on display in the museum in Turin. The tomb has been buried again and it can no longer be visited. There was an open-air dromos (passage) with side niches leading to the tomb and inside three sepulchral rooms had been dug into the ground around a square vestibule. In its later years, the tomb was used by the Pulfa Canza family, who were relatives of its owners.
Tweet