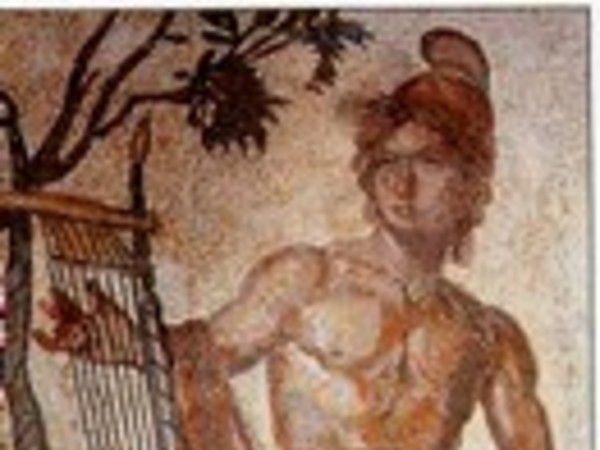 It was found in 1762 in the Roman city of Caralis, corresponding to today’s location of Stampace near Cagliari. The fragment portraying Orpheus was the central frame of a polychrome floor mosaic which was unfortunately broken to pieces when carried to Turin. In the fragment the scene takes place by a rock surrounded by trees where the mythological character, wearing a Phyrigian cap, plays the lyre he used to tame animals. A 1803 drawing documents that a series of animals was depicted along the edge of the mosaic, but only a deer and a horse remain.
Tweet