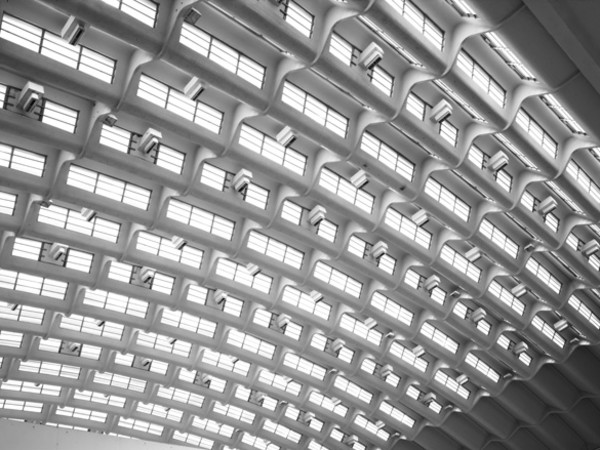 This was the first big project by Pier Luigi Nervi for Torinese industry, and more specifically for Fiat. He built this large exhibition centre around the site of the Palazzo della Moda fashion complex. The main new feature in the structure was the enormous transparent barrel vault that was held up using the new technology of reinforced concrete, prefabricated pieces of which were mounted on a tubular frame. The hall was officially opened on 15 September 1948 and between 1953 and 1954 another five bays were added.
Tweet