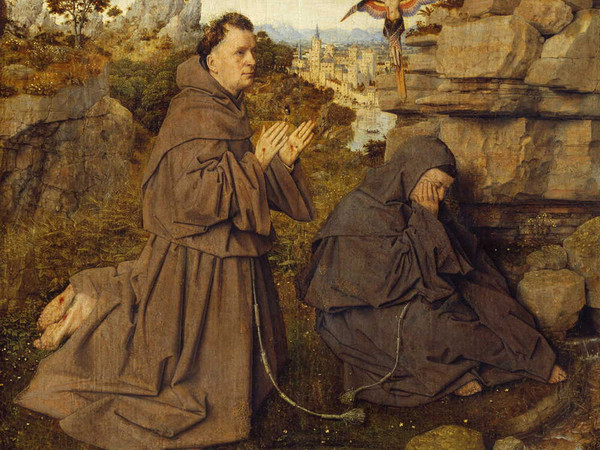 (ground floor, room 1)
The episode is represented according to the book on the life of the saint written by Saint Thomas of Celano. It says that Saint Francis received the stigmata before the Verna cave, where he had the vision of Christ covered by the wings of seraphs. Van Eyck added the character of the Lion priest to the tale, the brother sleeping on the rock of the cave, and on the background a wonderful landscape with a Flemish city in the distance. There is an almost identical version of the painting in the Museum of Art of Philadelphia, recognized as autograph replica. It is believed that the two paintings correspond to those described in the will of the Flemish merchant-Genovese Anselm Adornes, who in 1470 left a St. Francis of van Eyck in each of his two daughters.
Tweet