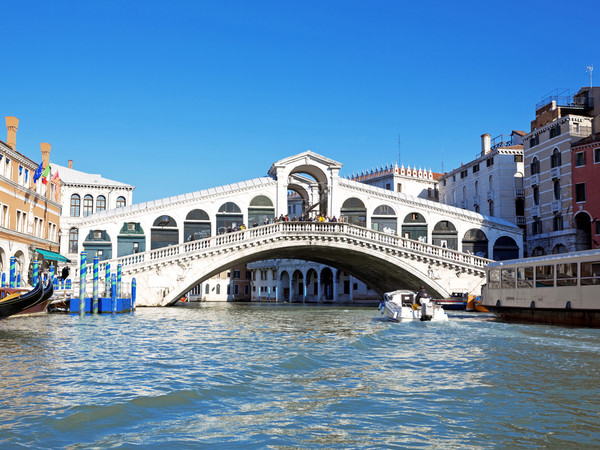 Celebrated symbol of Venice, until the 1800s it was the only bridge between the two banks of the Grand Canal. The name appears to be coming from Rivoaltus, one of the early settlements of the city. Built in wood in the XII century, it collapsed several times until the Senate decided to re-build it in stone. At the contest (1551), in which even Palladio took part, the bold design by Antonio da Ponte was chosen, a single-span bridge which was completed between 1588 and 1591 connecting the two large sales areas of the two banks.
Tweet