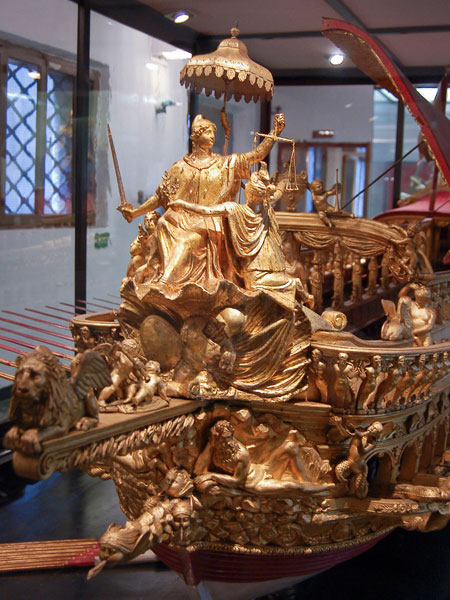 The Bucintoro was the immense parade boat used by the doges for the Sposalizio del Mare (on the day of the Ascension), a solemn annual ceremony connected to the golden ring given to the doge by Pope Alexander III in 1177 to honor Venice's connection with the sea. The first Bucintoro was built in 1277  while the last was built in 1728 and destroyed in 1797, and reproduced in a model built in 1828 by marquis Amilcare Paolucci delle Roncole, commander of the Navy.
Tweet