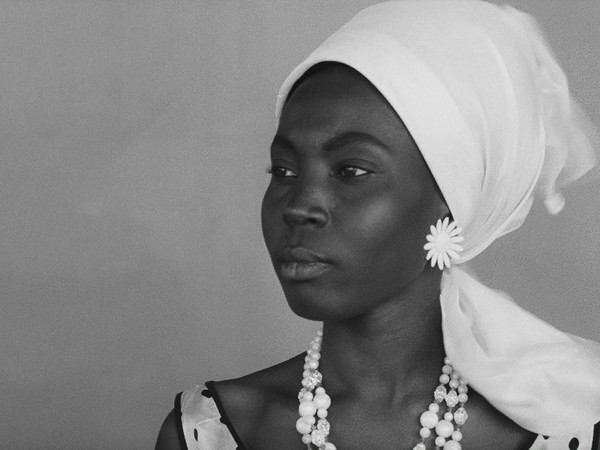 Ticket price: Access to the screenings is ticketed (standard: 6 € / concessions: 4 €) and does not include the exhibition entrance

Fondazione Prada presents “Soggettiva Ava DuVernay”, a film selection conceived by writer, director, producer and film distributor Ava DuVernay, every Friday from 6 May to 24 June 2022. The project will be introduced with a live Instagram conversation with the director on 5 May 2022 at 6 pm (CEST).
“Soggettiva” series invites personalities from the arts and culture worlds to share the films that have marked their personal and intellectual education. The movie selection process is driven by the curator’s personal taste and cinematographic culture, proving cinema’s influence in all fields of creativity. Every “Soggettiva” chapter investigates contemporary filmmaking with special screening programs and analyses the biographies, the guilty pleasures and the collateral interests of its author.
After Roman Polanski, Alejandro González Iñárritu, Damien Hirst, Theaster Gates, Luc Tuymans, Nicolas Winding Refn, Pedro Almodóvar, John Baldessari, and Danny Boyle, Ava DuVernay presents a selection of films specially conceived for Fondazione Prada. According to DuVernay, “Cinema is a window to the world. No matter who or where you are, you can enter a film and be transported. The opportunity to experience the personalities, practices and passions of others in profound ways is a miracle that must be cherished and celebrated. And I’m thrilled to do just that through the films I’ve selected for exhibition at Fondazione Prada. These pictures are vibrant and powerful odes to humanity by an array of filmmakers from all parts of the globe. The images and stories that I’ve chosen have inhabited a part of me since the moment I encountered them”.
“Soggettiva Ava DuVernay” includes 8 features films: Killer of Sheep (US, 1977) by Charles Burnett, La battaglia di Algeri (Italy, 1966) by Gillo Pontecorvo, Black Girl - La Noir de... (Senegal, 1966) by Ousmane Sembène, La pointe courte (France, 1955) by Agnès Varda, Middle of Nowhere (US, 2012) by Ava DuVernay, Pather Panchali (India, 1955) by Satyajit Ray, Sankofa (US, 1993) by Haile Gerima, and Volcano – Eldfjall (Iceland, 2011) by Rúnar Rúnarsson.
“Soggettiva Ava DuVernay” enriches the screening program presented by Fondazione Prada at its Cinema on Fridays, Saturdays and Sundays. It includes various formats and visual languages in which classics, experimental works, first releases, blockbusters, avant-garde works, television products, rare films and restorations coexist. The other two sections, “Indagine” and “Origine”, feature a clustered theme-oriented screening list of movies investigating new releases and historical films.
Ava DuVernay is a writer, director, producer and film distributor. An Academy Award nominee and winner of the Emmy, BAFTA and Peabody Awards, DuVernay's directorial work includes the historical drama Selma, the criminal justice documentary 13th and Disney's A Wrinkle in Time, which made her the highest-grossing Black woman director in American box office history. Based on the infamous case of The Central Park Five, her four-part series When They See Us was honored with 16 Emmy nominations. Currently, she is overseeing production on her critically acclaimed TV series Queen Sugar, as well as her television productions Naomi, Dmz, Cherish the Day, One Perfect Shot, Home Sweet Home, and Wings of Fire. Winner of the 2012 Sundance Film Festival’s Best Director Prize for her micro- budget film Middle of Nowhere, DuVernay amplifies the independent work of people of color and women of all kinds through her non-profit narrative change collective Array. Array is the 2021 winner of the Peabody Institutional Award. DuVernay sits on the Board of Governors of the Academy of Motion Picture Arts and Sciences, representing the directors branch. She is also a Vice-President of the Directors Guild of America and an advisory board member of the American Film Institute. She is based in Los Angeles, California.