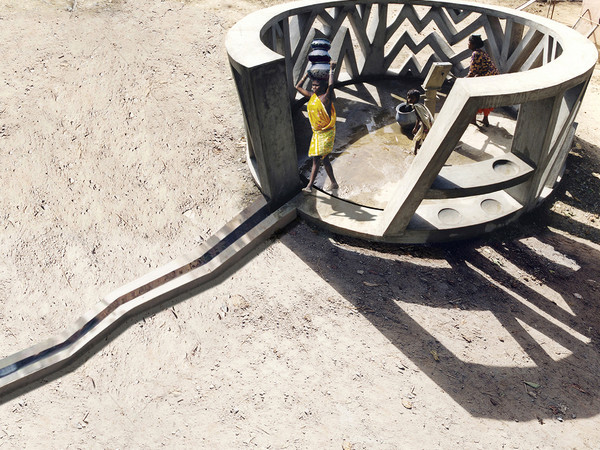 On Saturday November 2nd 2019, at 7 pm, within the framework of Artissima, the PAV Parco Arte Vivente will inaugurate Samakaalik: Earth Democracy and Women’s Liberation, the first Italian solo exhibition by Navjot Altaf (Meerut, 1949), one of the most radical female, Indian artists. The exhibition, curated by Marco Scotini, represents a new chapter in an investigation into the relationship between artistic practice and ecologist thinking on the Asian continent. By choosing Navjot Altaf, the PAV wants to present the simultaneous (samakaalik in Hindi) intersecting of the fight to safeguard the environment with the feminist movement, a form of intersectionality of eco-feminism that Bina Agarwal has defined as “feminist environmentalism”. Altaf’s work investigates the exploitation of mining and intensive agriculture, heavy industry and the depletion of the forests, reflecting on the cultural sovereignty of the indigenous populations.

Samakaalik has the complex objective of reconstructing the artist’s journey since her years with the Marxist collective PROYOM: the exhibition opens precisely with some posters from that period in which we can find the premises that would be developed over subsequent decades. Alongside her collaborative work with indigenous artists and members of the Bastar community, Navjot’s research focuses on the mining areas in the south of the district and the central-southern part of the country. Soul Breath Wind investigates the slow violence of the extraction activities: a narration performed thanks to the voice of the local communities. Alongside the video are the small sculptures Patterns which Connect that embody the importance of the coexistence of species under an ecological threat, an aspect that was already present in 1972, in the cycle of pedagogical drawings Insects Logos – also on display. In the cycle How Perfect Perfection Can Be, the architectural dimension works as a field of investigation into the more obscure aspects of the ideologies of progress. Trail of Impunitytells us about the violent insurrection of the Gujarat communities in 2002, by means of innumerable conversations on the notion of dignity, violence and the possibilities for justice when faced with a system of corrupt politics.

The relationship between the oppression of women and the capitalist system has been widely investigated by authors such as Silvia Federici, Mariarosa Dalla Costa and Maria Mies, who highlight the key role of productive and reproductive processes as part of capitalist valorization. In the specific situation of the Indian post-colonial context, the various forms of eco-feminist thought have particular significance: from the well-known battles of Vandana Shiva, directed towards an essentialist reading of the relationship between women and nature, to those of the economist Bina Agarwal who insists, on the other hand, on the centrality of social relationships. In Agarwal’s research, the working women in the rural areas of India embody a powerful agent of resistance to the “development myth” imposed by western capitalism. From this perspective, the thoughts of the scientific philosopher, Meera Nanda, who investigates the relationship between female oppression and the caste system, are relevant.

Through her works – as highlighted by India’s foremost art critic, historian and curator Geeta Kapur – Navjot enacts a continuous deconstruction of those identity conventions (being a woman, being a worker, being a peasant) based on a culturally determined language, on a system of social divisions that are structurally complicit with the patriarchy and capitalism. The forms of identity in becoming, on which Altaf’s work focuses - that are multifaceted and definitively simultaneous - instead, are constructed with a consciousness: that every identitarian system is intrinsically exclusive, all identities are categorical, all ideological instances are interdependent and the comprehension of the position of the subject is always contingent.

The exhibition has been staged with the support of the Compagnia di San Paolo, the Fondazione CRT, the Regione Piemonte and the City of Turin.

Within the initiatives planned for the exhibition, PAV Educational and Training Activities proposes Giardino Segreto, lab that combines direct contact with nature and the artistic-expressive dimension emerging from the works of Navjot Altaf and the numerous authors exposed over time within the PAV exhibition program, artists from cultures and environments of Eurasia, Africa and Americas. In particular, through an experience of immersion in the works present in temporary exhibitions, it is possible observe all the aspects linked to the transformation and cyclical nature reworked in an aesthetic-affective key. In the laboratory is created a collective garden, through floral shapes coming from the botanical iconography, as an imaginative place in which to sow one's desires.